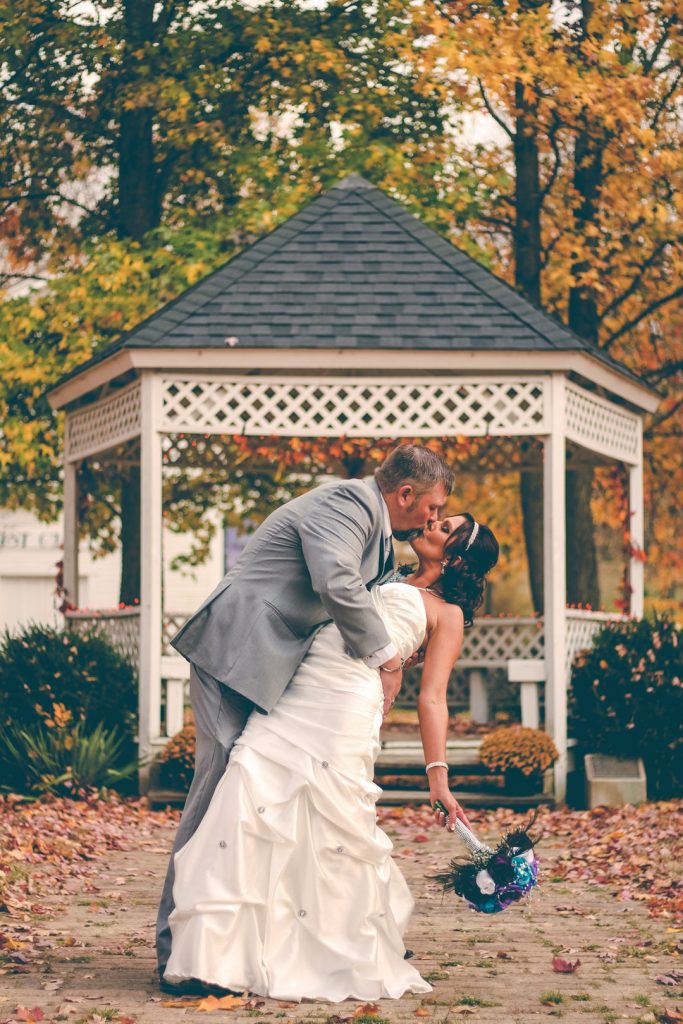 In the US, there are over two million weddings per year where couples openly pledge their love and support to each other and forge a new life.

These nuptials are a perfect opportunity for the happy couple to showcase their individual spiritual beliefs with Christian wedding traditions. What better way is there to show gratitude to your maker for bringing you your life partner on this best day of your life?

If you’re looking for ideas for your own upcoming church wedding ceremony, then this article is for you!

Read further to find out more of what’s behind some of these many Christian wedding traditions.

You can learn more about why we have these well-known rituals and how to incorporate them into your own special day.

Weddings have long been described as a promise or “covenant” between a man and a woman.

This model is the same concept that describes God’s steadfast love for his church. God’s unwavering love for his people is a model of the union between married couples.

Christian wedding traditions have long been fueled by these underlying concepts of “promise.” Some of these traditions include:

The word “covenant” is derived from Hebrew that means “to cut.” Blood covenants were binding agreements between two parties made by cutting animals into two parts.

Once the animals were cut in half, their halves were positioned on the ground, opposite of each other, leaving a path between the two halves.

This path and the meeting center between the animal carcasses were considered sacred. The two parties entering into the covenant would approach from opposite ends of the path and meet in the middle.

This same church ceremony layout is still used today (minus the sacrificed animals.) Friends and family members of the couple sit on opposite sides of the main church aisle. Their seating outlines the holy ground between the two animal halves of the blood covenant.

White Runner Down the Center Isle

Another common Christian wedding symbol is the white runner that is placed down the main aisle of the church, leading to the altar. The white runner is another reminder to us that the path between the blood covenant is sacred.

Another example of Christian wedding symbols includes having the groom enter alone before the bride does. This act is also in reference to the blood covenant.

This tradition also represents God’s first move to reach out and choose His Bride. Ephesians 5:25-27 tells us that Christ paved the way to have his bride presented to himself. The groom’s appearance represents this initiative.

Wearing a bridal veil is one of the many wedding symbols that bridges can choose to use or not use.

Ancient civilizations believed that a veil was necessary to wrap the bride completely to protect her from evil spirits. Veils also conveyed that the bride was pure and untouched.

Wedding veils also represent the temple veil that was torn in two when Christ was crucified on the cross. During Christ’s time, heavy veils or curtains hung in the temples to separate the temple interior and the public. Only high priests could go behind the temple veils.

When Christ breathed his last breath, the temple veil tore in two and no longer separated the public from the interior. This symbolized that the church (the bride) now had access to God through Christ (the groom.)

The symbolism of this access is reinforced when the groom lifts the bride’s veil.

This event takes place during the ceremony inside the church. During this event, the bride and group take turns washing each other’s feet in a small basin of water. This tradition recounts the time when Jesus washed his disciples’ feet just days before he was killed.

This was Jesus’ way of telling his disciples that they should help and serve each other.

Washing each other’s feet is a symbol for brides and grooms to show devotion and humility. Some Christian couples will choose to recreate this ritual as a way to symbolize their wish to serve and help each other.

In Ancient Rome, grooms would present their brides with iron rings, Iron was considered a durable material that symbolized permanence and strength. Rings were placed on the left hand’s fourth finger because many believed that this finger had the vena amoris vein which led straight to the heart.

Some believe that the real meaning of wedding rings is found in their circular shape.

The ring represents an infinite loop of commitment. Brides and grooms can look upon their rings and remember that they will be together until death will separate them.

There are some marriage symbols and meanings found in today’s ceremonies that aren’t directly derived from Christian traditions. These wedding symbols, however still embody its teachings. One of these wedding symbols includes releasing doves.

Doves are included in the ceremony because they represent devotion. Doves court, mate and remain loyal to each other throughout their lives. Doves also represent peace which is a goal for every marriage as well.

Are you ready to incorporate Christian wedding traditions into your upcoming ceremony? If so, then you can start today.

Talk to your fiancee and ask them if they want to incorporate any of these Christian wedding traditions into your day. Be sensitive if they say “no.” The last thing you want to do is alienate your future life partner.

Talk to the staff at your wedding site. Ask them if they can accommodate less traditional wedding activities like feet washing. It’s best you gauge their flexibility with these requests beforehand so that your ceremony can run smoothly.

Don’t forget to check our website for more information on stress-free help with wedding planning. Your wedding should be a day to remember.

We want to help you make sure that it’s the best it can be.